Leading Ladies - why the future of business is female

With the number of women on boards at woefully low levels in many parts of the world, it is unsurprising that initiatives designed to increase representation are being introduced. Trouble is, these initiatives move at a glacial pace and the big loser isn’t women - it is business itself. The... Read more →

Hashtags are interesting things - one minute they look cute, cuddly and amusing and the next they roar into life, turn round and bite you. Read more →

Has Linkedin blown it with its new 'social popularity' tool?

Has Linkedin blown it with its new 'social popularity' tool?

The news then, that Linkedin has introduced a new 'ranking' tool made me cringe, reminiscent as it is of high school popularity contests and all the angst that goes with them. Read more →

Google currently has under development what is possibly the biggest artificial intelligence lab in the world. IBM's Watson - which famously won the TV quiz show Jeopardy - now has five companions, each of which are deployed busily giving answers to things. Read more →

The right to be forgotten - can PR truly deal with data?

The right to be forgotten - can PR truly deal with data?

This week's ruling by the European Union's Court of Justice that stressed individuals have the 'right to be forgotten' will inevitably cause Google some serious headaches. But they will not be alone. Public relations practitioners too will need to determine who among their stakeholders will need to be 'forgotten' following... Read more →

The New York Police Department walked straight into a social media storm today with the launch of their #myNYPD hashtag - proving once again that failure to analyse risks, issues and reputation before a social media campaign, then adjusting behaviour accordingly, leads to significant problems. The Storify below is just... Read more →

Responding with love on social media - not in kind

Responding with love on social media - not in kind

People frequently ask me how they should respond to negative criticism on social media. Today there is a great example from Honey Maid as to the best way to respond - with love. Read more →

And realise the robots are on the rise...

And realise the robots are on the rise...

Lots at CES this year. Most noteworthy - the rise of the robots. This video from The Verge gives a flavour of what's out there. Read more →

Shed no tears - the Internet of Everything is before our eyes

Shed no tears - the Internet of Everything is before our eyes

It's been a long time coming and I've been speaking about the Internet of Things for a good four years now but as wearable devices begin to arrive in all shapes and forms more internet companies are buying up or investing in the 'things' of life. Most recent addition to... Read more →

New Zealand doesn't really do political scandals so the recent revelations surrounding newly elected Auckland Mayor Len Brown have, for some, been quite absorbing. For most, it has been a storm in a rather sordid tea cup despite the significant speculation as to whether the timing, revelations and subsequent debate... Read more →

Previous Next
Kia ora - good to see you. I blog here about public relations, tech, communications, social change and other things that catch my eye. Enjoy your visit and look forward to reading your thoughts and comments.

Blog powered by Typepad
Member since 02/2006 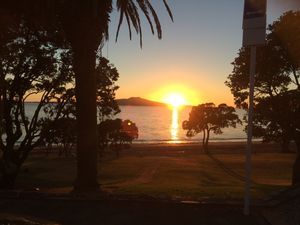